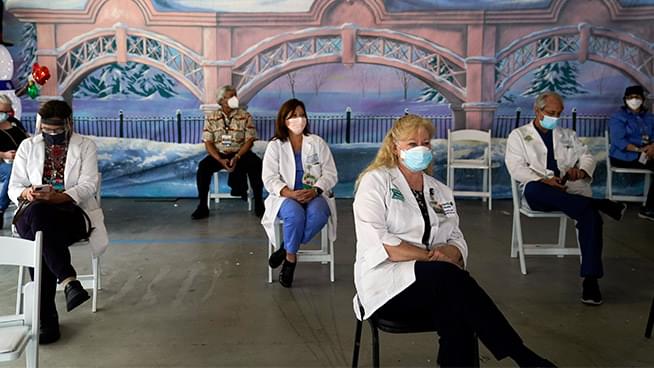 Two medical workers claim individuals who were vaccinated at the Oakland Coliseum this week may have received the wrong dosage. However, California Governor’s Office of Emergency Services is disputing the report.

On Monday, before 2 pm, thousands of people received too little of the recommended Pfizer doses. At 2 pm the issue was identified and stopped by that evening, according to the EMTs, who asked to remain anonymous in order to keep their jobs, and which was confirmed by state officials. That is the only day and time period in question., reported KTVU.

Anonymous sources in the KTVU report said that some vaccine recipients received less than the optimal 0.3 ml dose because the syringe’s plunger would not go all the way down into the plastic container, leaving about 0.05 to 0.01 mL vaccine behind. The coliseum received syringe’s from a national stockpile and as a result, people were injected with less than 0.3 ml of vaccine.

One source told KTVU an estimated 4,300 people received less than the optimal dose. There are some 6,000 people vaccinated a day at the site.

“It’s very likely that these people have a decent immunity already and I wouldn’t want them all to freak out. Now, they just have to figure out what’s the best thing to do in a bad situation.” Explained Dr. John Swartzberg, UC Berkeley public health clinical professor emeritus of infectious diseases and vaccinology. He continued to say he would not recommend them to get an additional vaccine, but instead check with experts as thinking a third shot may be needed three or four months in the future.

The California OES Governor’s Office of Emergency Services said, “Neither the state of California nor FEMA are aware of any instance of even a single individual being under vaccinated on the Oakland Coliseum site. The state and federal partners providing vaccinations at this site, have been working closely with the California Department of Public Health, US Health and Human Services, Centers of Disease Control and Prevention as well as the vaccine manufacture Pfizer to ensure the highest levels of medical care and quality assurance are adhered to at this site.”

Officials said the public should be “rest assured that vaccines administered at the Coliseum are being dispensed in a manner consistent with medical and scientific best practices and will work as designed.”