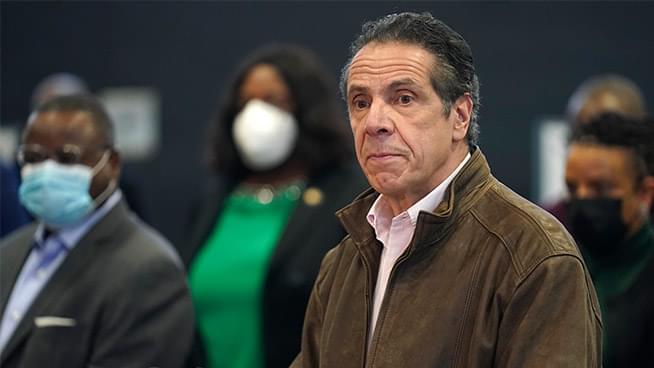 FILE – In this Feb. 22, 2021 photo, New York Gov. Andrew Cuomo, right, pauses to listen to a reporter’s question during a news conference at a COVID-19 vaccination site in the Brooklyn borough of New York. New York’s attorney general said she’s moving forward with an investigation into sexual harassment allegations against the governor after receiving a letter from his office Monday authorizing her to take charge of the probe. (AP Photo/Seth Wenig, Pool, file)

Federal investigators are examining records of communications between members of Congress and the pro-Trump mob that attacked the US Capitol, as the investigation moves closer to exploring whether lawmakers wittingly or unwittingly helped the insurrectionists..

The data gathered so far includes indications of contact with lawmakers in the days around January 6, as well as communications between alleged rioters discussing their associations with members of Congress.

Was it sexual harassment?

Andrew Cuomo’s accuser Charlotte Bennett was interviewed today. What do you think about her allegations?

The debate in the Senate, the debate about masks, and the increasing threat of infection.