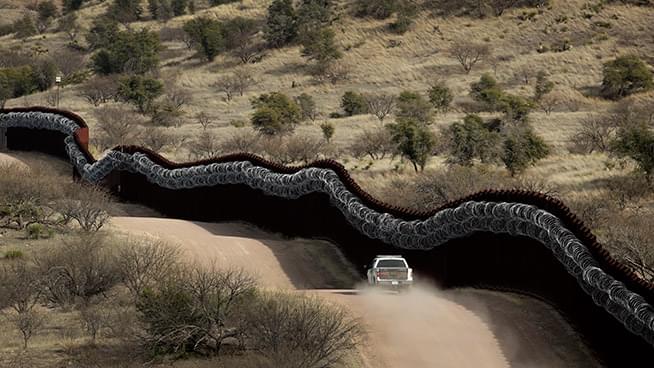 FILE – This March 2, 2019 photo shows a Customs and Border Control agent patrols on the US side of a razor-wire-covered border wall along the Mexico east of Nogales, Ariz. President Joe Biden rushed to send the most ambitious overhaul of the nation’s immigration system in a generation to Congress and signed nine executive actions to wipe out some of his predecessor’s toughest measures to fortify the U.S.-Mexico border. But a federal court in Texas suspended his 100-day moratorium on deportations. (AP Photo/Charlie Riedel,File)

The president’s promise of a more humane policy is being tested as more unaccompanied children seek to enter the United States from Mexico.

The number of migrant children in custody along the border has tripled in the past two weeks to more than 3,250, according to federal immigration agency documents obtained by The New York Times, and many of them are being held in jail-like facilities for longer than the three days allowed by law.

Wrapping up the immigration discussion

Roger Harrison Mudd was an American broadcast journalist who was a correspondent and anchor for CBS News and NBC News. He also worked as the primary anchor for The History Channel.