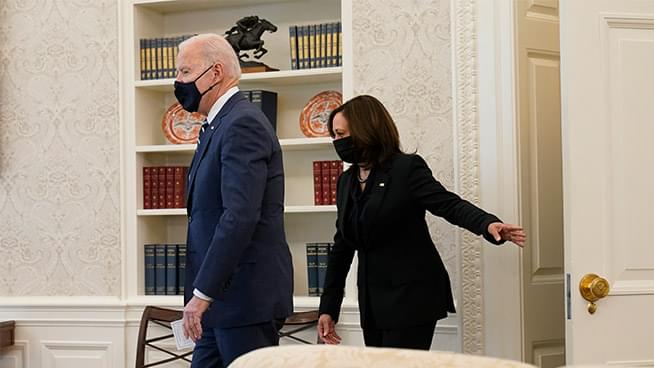 In the March 10, 202, photo, President Joe Biden speaks in the South Court Auditorium in the Eisenhower Executive Office Building on the White House Campus in Washington. (AP Photo/Andrew Harnik)

WASHINGTON (AP) — President Joe Biden signed into law the $1.9 trillion relief package that he says will help the U.S. defeat the coronavirus and nurse the economy back to health. He had been set to sign the American Rescue Plan on Friday. But the White House moved the signing up to Thursday afternoon, hours before the president plans to deliver his first prime-time address to the American public on the one-year anniversary of the pandemic. Chief of staff Ron Klain tweets that the bill arrived at the White House late Wednesday, more quickly than anticipated. Klain says, “We want to move as fast as possible.”

From $1,400 checks and unemployment relief to vaccines for every American — help is here. pic.twitter.com/R0AYaTbkTV