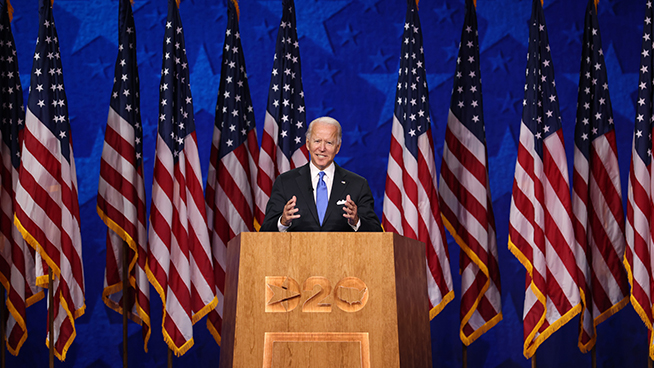 “I don’t need to wait another minute, let alone an hour, to take common-sense steps that will save lives in the future and to urge my colleagues in the House and Senate to act,” Biden said Tuesday, speaking from the White House State Dining Room. Speaking at the White House before leaving for Columbus, Ohio, Bidensuggested that he may take executive action on gun violence.

“As president I’m going to use all the resources at my disposal to keep people safe,” he said.

“ ‘Reasonable people would not accept such statements as fact but view them only as claims that await testing by the courts through the adversary process.’ ”

So said attorneys for Republican lawyer Sidney Powell as they sought dismissal of a $1.3 billion defamation lawsuit against Powell by the election equipment company Dominion Voting Systems.

What’s wrong with this picture?

Gavin Newsom’s decision to rely on Blue Shield is backfiring. A growing number of public health officials and lawmakers say Blue Shield isn’t the right choice to coordinate the state’s vaccine distribution. Newsom’s political future now hinges, in part, on how quickly Blue Shield—which is still charged with leading how vaccines are allocated—can get shots into Californians’ arms.

Blue Shield has already contributed $269,000 to a political account that Newsom could tap to fight a recall election.

UFO report may soon be public

The legislation, which President Donald Trump signed into law, was a bureaucratic nesting doll that ran over 5,500 pages and contained the Intelligence Authorization Act for Fiscal Year 2021, which itself carried an unusual provision in its “committee comment” section, beneath the understated heading “Advanced Aerial Threats.” The stipulation mandates that the director of national intelligence work with the secretary of defense on a report detailing everything the government knows about unidentified flying objects — known in agency lingo as “unidentified aerial phenomena” or “anomalous aerial vehicles.”