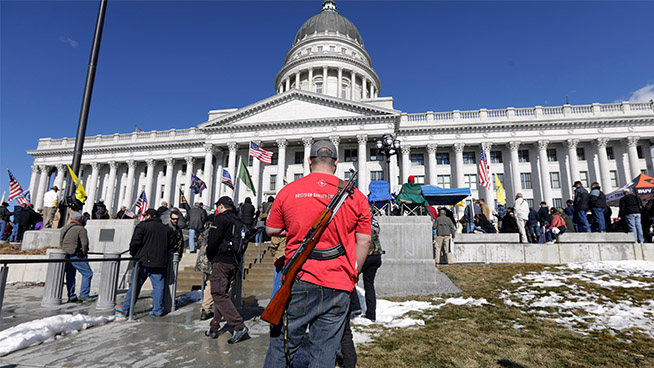 FILE – A man carries his weapon during a second amendment gun rally at Utah State Capitol on Feb. 8, 2020, in Salt Lake City. Utah is one of several more states weighing proposals this year that would allow people to carry concealed guns without having to get a permit, a trend supporters say bolsters Second Amendment rights but is alarming to gun-control advocates. (AP Photo/Rick Bowmer, File)

“I sure hope I’m wrong, but we always hear a lot of talk after mass shooting followed by little action”

On today’s edition of The Ronn Owens Report, Ronn talks about the impassioned speech made by Colorado Senator Michael Bennet telling his Senate colleagues they have a “moral obligation” to a generation of young Americans who’ve grown up fearing they could become victims of mass shootings in schools or other public places.