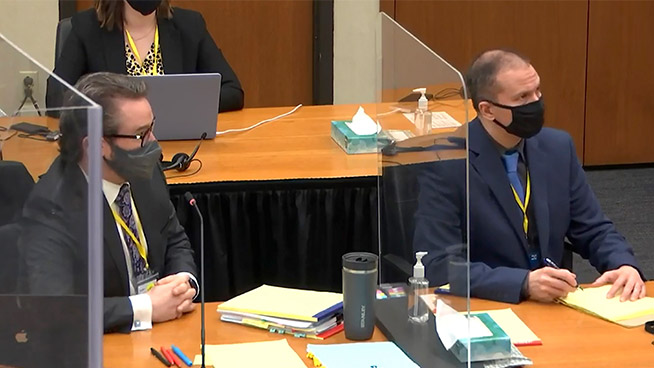 In this image taken from video, defense attorney Eric Nelson, left, and defendant former Minneapolis police officer Derek Chauvin listen as Hennepin County Judge Peter Cahill presides over pre-trial motions, prior to continuing jury selection, Monday, March 15, 2021, in the trial of Chauvin at the Hennepin County Courthouse in Minneapolis, Minn. Chauvin is charged in the May 25, 2020, death of George Floyd (Court TV/Pool via AP)

George Floyd, a 46-year-old black man, was killed in Minneapolis, Minnesota on May 25th 2020 when a police officer arrested him for allegedly using a counterfeit bill. The arresting officer kneeled on his neck for 8 minutes and 46 seconds while Floyd was handcuffed and lying face down on the street.

The world became aware of Floyd’s death due to one individual’s released video and since then protests have not stopped. Across all fifty states and numerous countries, people have been protesting for George Floyd and the need to end police brutality, including the Bay Area.

The trial began for Officer Derek Chauvin, accused in the death of George Floyd. ABC’s Mark Remillard joins The Morning Show with Nikki Medoro to report live from Minneapolis.

How is the Derek Chauvin trial going so far?