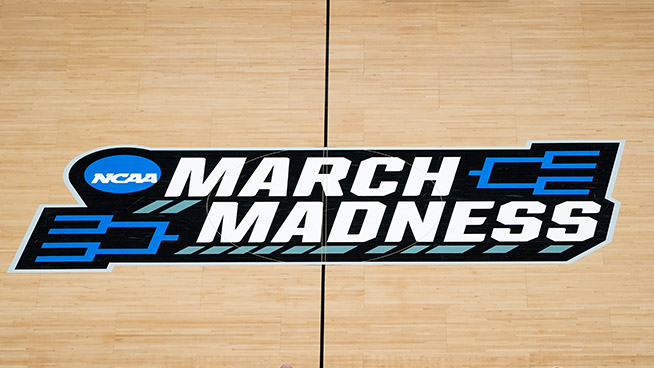 FILE – In this March 20, 2021, file photo the March Madness logo is shown on the court during the first half of a men’s college basketball game in the first round of the NCAA tournament at Bankers Life Fieldhouse in Indianapolis. A Supreme Court case being argued this week amid March Madness could erode the difference between elite college athletes and professional sports stars. (AP Photo/Paul Sancya, File)

A Supreme Court case being argued this week amid March Madness could erode the difference between elite college athletes and professional sports stars.

“The NCAA is in the process of trying to amend its longstanding rules to allow athletes to profit from their names, images and likenesses. That would allow them to earn money for things like sponsorship deals, online endorsement and personal appearances.” Reported SF Gate.

Pat Thurston explains how the Supreme Court case could change the nature of college sports.

“This is letting the schools provide encouragement to be better students and better educated … in return for what amounts to full-time jobs for the school. What could possibly be wrong with that?” said lawyer Jeffrey L. Kessler in an interview ahead of arguments in the case, which are scheduled for Wednesday.
Listen to Pat’s entire segment below.