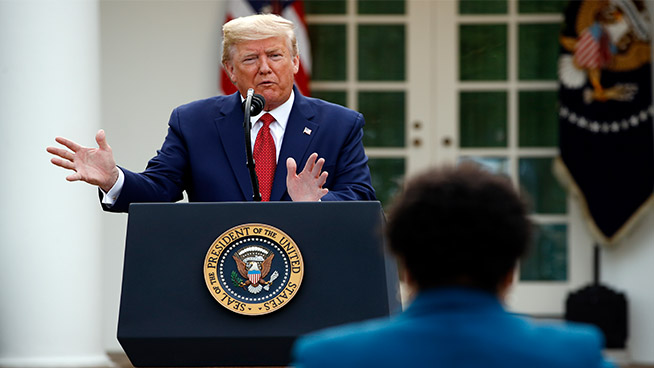 In his book  “On the House: A Washington Memoir”, Boehner argued that Trump helped the Democratic Party win control of the Senate by casting doubt on the legitimacy of the 2020 elections.

He also said that Trump’s refusal to accept the results of the 2020 presidential election “led to mob violence,” referring to the January 6 riots at the U.S. Capitol.

“I’ll admit I wasn’t prepared for what came after the election,” he wrote, accusing Trump of “stoking the flames of conspiracy that turned into violence in the seat of our democracy.”

The crisis at the border

Texas Republican Gov. Greg Abbott demanded that the White House close a San Antonio facility housing migrant children Wednesday following allegations that children there were being sexually assaulted. Abbott said he received tips that alleged the children at the Freeman Coliseum facility were being sexually abused and were not eating enough..

President Joe Biden is set to unveil six executive actions aimed at curbing gun violence tomorrow, following a string of mass shootings that has put pressure on the administration to act on the president’s long-held campaign promise to tackle gun control. The president also is expected to announce his nomination of David Chipman as the director of the Justice Department’s Bureau of Alcohol, Tobacco, Firearms and Explosives, according to senior administration officials. Chipman is an ATF veteran who currently serves as an adviser for the gun control advocacy group named for former Rep. Gabrielle Giffords, D-Ariz., who survived a 2011 mass shooting in Tucson, Arizona, as a congresswoman.