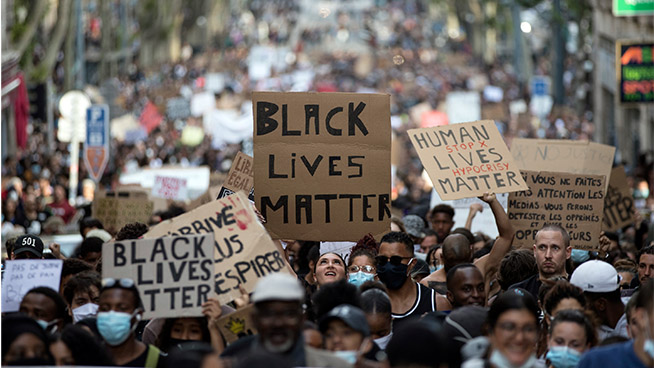 FILE – In this June 6, 2020, file photo, a protester looks up at a sign that reads “Black Lives Matter” in Marseille, southern France, during a protest against the death of George Floyd. As Minneapolis braces for Monday’s opening statements in the trial of Derek Chauvin, the ex-officer who is charged with murder and manslaughter in George Floyd’s death, so does the world. (AP Photo/Daniel Cole, File)

On today’s edition of The Ronn Owens Report, Ronn offers his thoughts on the Daunte Wright killing by police in Minnesota; who has the real power in the GOP; why the Biden Administration wants to keep Trump’s appointee on the job as U.S. Ambassador to Moscow; and why the World Health Organization says COVID is stronger and faster than it was a year ago.