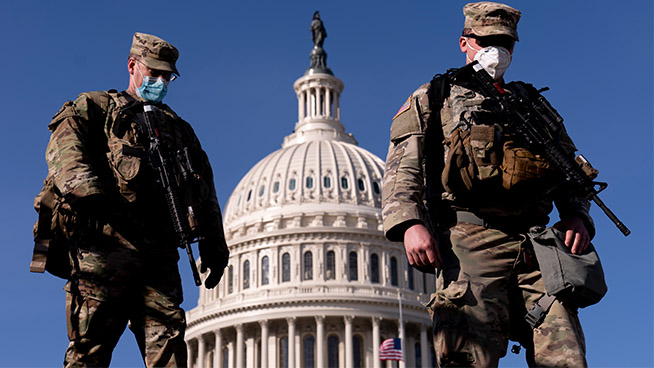 Should the US Military Draft Women?

Chip says yes, but what do callers think?

“In 1981, the court ruled 6 to 3 in Rostker v. Goldberg that because the primary function of the draft was to form combat-ready forces, Congress was justified in treating men and women differently. At the time, women were excluded from combat roles.” The Washington Post reports, “But that is no longer the case. The military removed its categorical ban on women in combat in 2013. All jobs became open to women two years later. A brief filed by retired generals supporting a registration change noted that women make up nearly 20 percent of the military now.”

“It imposes selective burdens on men, reinforces the notion that women are not full and equal citizens, and perpetuates stereotypes about men’s and women’s capabilities,” the ACLU’s brief told the court.

“The Military Selective Service Act is based on outdated and sexist notions of women’s and men’s abilities to serve in the military, regardless of individual ability. Limiting registration to men treats women as unfit for this obligation of citizenship and reflects the outmoded belief that men aren’t qualified to be caregivers in the event of a draft. Such sex stereotypes have no place in our federal law.” Said Ria Tabacco Mar, director of the ACLU Women’s Rights Project.

Listen to the full segment below on The Chip Franklin Show.