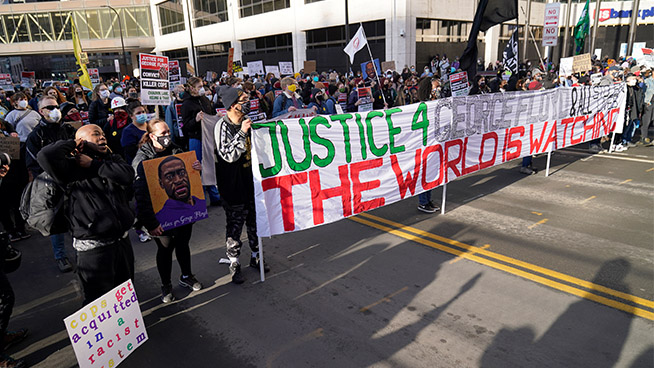 Former Minneapolis police officer Derek Chauvin was found guilty of second-degree unintentional murder, third-degree murder and second-degree manslaughter by a jury for his role in the murder of George Floyd.

Floyd died last May after Chauvin, a white officer, pinned his knee on or close to the 46-year-old Black man’s neck for about 9 1/2 minutes. The jury reached its verdict Tuesday after deliberating about 10 hours over two days in a city on edge against another outbreak of unrest.

Chip Franklin went to the phone lines to hear your reaction about the verdict.

A Step Towards Justice… How do you feel?

ABC News Correspondent, Alex Stone on what the reaction is in Los Angeles; Bay Area callers give theirs.

KGO brings you live coverage from the White House.

Your Take on Today’s Verdict

The Prosecutor, The Trial and The Jury

Minnestta Defense Attorney, Jack Rice on the remarkable Chauvin case, and those who participated in it.