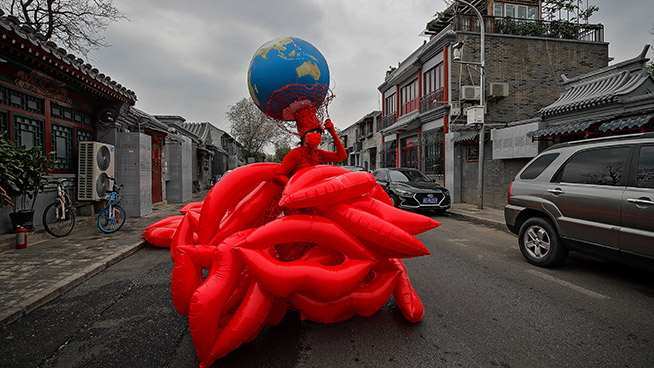 Chinese artist and environmental activist Kong Ning unveils her latest gown collection with a theme “Kiss the earth” on a street in support on Earth Day in Beijing, Thursday, April 22, 2021. (AP Photo/Andy Wong)

Every year on April 22, Earth Day celebrates the anniversary of the beginning of the modern environmental movement in 1970. This Earth Day KGO hosts Nikki Medoro, Mark Thompson and Pat Thurston spoke with environmental experts to discuss what is happening on our planet and what everyone can do to help combat climate change.

Governor declares a drought in two CA counties, what can we do to help?

Earth Day edition of ‘It’s the Planet, Stupid’ with Belinda Waymouth on The Mark Thompson Show.

Nik Weinberg-Lynn is the Renewable Energy manager overseeing the transition of the Rodeo refinery joins The Pat Thurston Show.