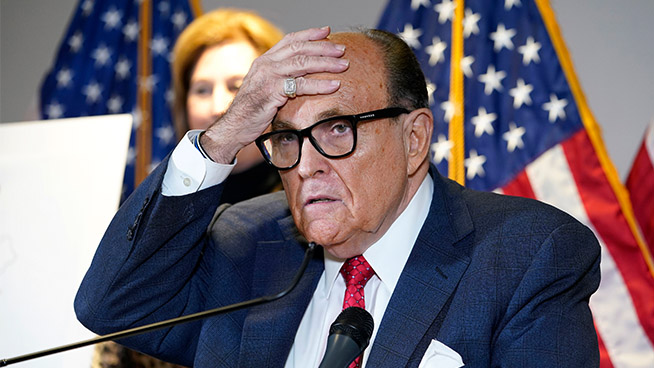 FILE – In this Nov. 19, 2020, file photo, former New York Mayor Rudy Giuliani, who was a lawyer for President Donald Trump, speaks during a news conference at the Republican National Committee headquarters in Washington. The U.S. Attorney’s Office in Manhattan has returned to the question of whether to bring a criminal case against the former New York mayor, focusing at least in part on whether he broke U.S. lobbying laws by failing to register as a foreign agent, according to people familiar with the case. (AP Photo/Jacquelyn Martin, File)