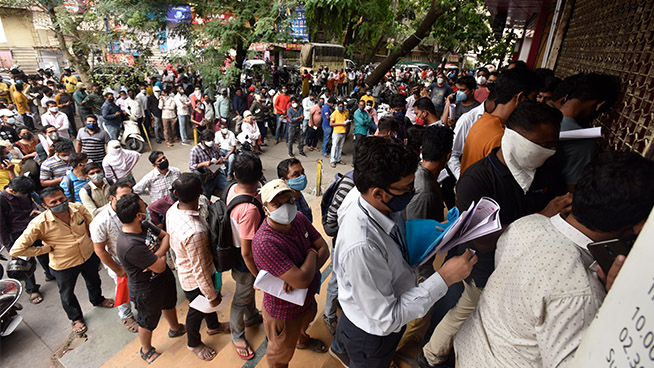 FILE- In this April 8, 2021 file photo, people wait in queues outside the office of the Chemists Association to demand necessary supply of the anti-viral drug Remdesivir, in Pune, India. As India faces a devastating surge of new coronavirus infections overwhelming the health care system, people are turning to desperate measures to keep loved ones alive. (AP Photo, File)

Is Australia doing the right thing?

Anyone, including Australian citizens, who arrives in the country after visiting India in the previous 14 days can face up to five years in jail, a $50,000 fine or both. On Monday, Australian Prime Minister Scott Morrison defended the move. Morrison pushed back against critics who said the new restrictions were racist because of their large impact on Australian citizens of Indian heritage. “This is about health,” Morrison said during a Monday interview, adding that he was “deeply, deeply concerned about the humanitarian crisis in India.”

Listen to John Rothmann explain the full situation below.