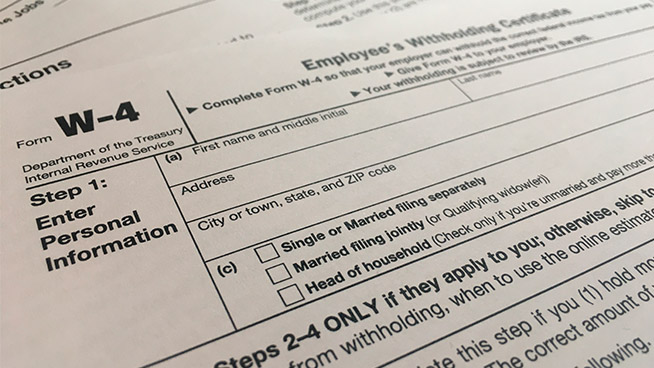 FILE – This Wednesday, Feb. 5, 2020 photo shows the W-4 form in New York. The majority of individual taxpayers in the U.S. are eligible to file their taxes for free, yet many may be unaware or confused by how to do so.   Improvements have been made and Free File should be easier to use in 2020. But, with tax season getting into full gear, users should be aware of the details of the service and alternatives. (AP Photo/Patrick Sison, File)

Tax season is here and Chip Franklin wants to help KGO listeners avoid an audit. Steve Moskowitz, founder and tax attorney at Moskowitz LLP shares the five most common things that will flag you for auditing by the IRS on The Chip Franklin Show.

Listen to the full conversation between Steve Moskowitz and Chip Franklin below.