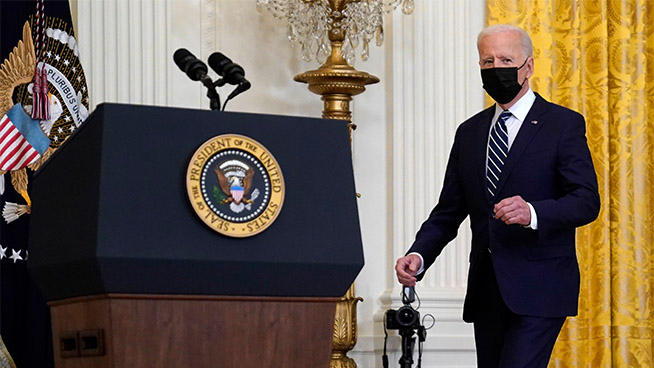 WASHINGTON (AP) — The U.S. government is stepping up efforts to get younger Americans vaccinated for COVID-19 amid growing concern about the spread of a new variant that threatens to set the country back in the months ahead. It also comes as the White House acknowledges it will miss two key vaccination benchmarks. The push to vaccinate younger Americans is underway as the delta variant has come tp represent more than 20% of coronavirus infections in the U.S. in the last two weeks. That’s double what it was when the government last reported on the variant’s prevalence.

The White House announced a partnership with Anheuser-Busch in early June to offer free beers if the country reaches a goal of getting 70% of adults at least one Covid-19 vaccine shot by July 4. While the US will not reach the goal by the original date, it will reach the goal soon after.

“Well, we don’t see it exactly like something went wrong. How we see it is: We set a bold, ambitious goal — something the President has done from the very beginning — and we are expected to meet that goal just a couple of weeks after July 4th. And, in fact, at this point, as of today, we’re going to be already at that point for people who are 30 years of age and older.”