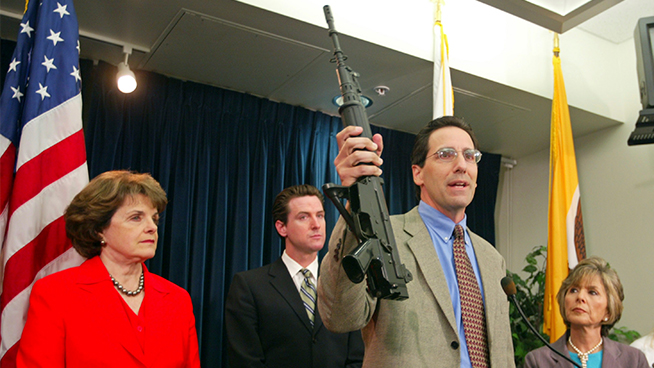 San Jose City Council voted to approve a proposal requiring all gun owners in the city to carry liability insurance and pay an annual fee that will go toward supporting emergency and police services.

The decision comes after a mass shooting took the lives of nine people at a transit rail yard in May. Two weeks after the shooting, San Jose Mayor Sam Liccardo joined Chip Franklin to introduce the gun liability plan. Liccardo explained, “In the three weeks since, while friends and family have grieved over their devastating loss, San Jose suffered about 15 more episodes of gun violence, according to San Jose Police Department records received by my office.”

Nikki Medoro speaks with callers on their thoughts on the effectiveness of gun control laws curbing gun violence Wednesday morning. Is it discriminatory to individuals who may not be able to afford the insurance, or will it affect people who may commit these crimes?

“These proposals won’t magically stop gun violence. We can develop a vaccine to stop a single virus, but no panacea exists for an epidemic of gun violence that involves the presence of at least 300 million potential weapons in the US. Public health approaches that have saved millions of lives otherwise lost for reasons related to smoking, driving or alcohol emphasize a multifaceted approach.” Said Liccardo, defending the decision.

The City council agreed that while the Second Amendment protects the rights of Americans to own guns, it doesn’t require taxpayers to subsidize gun ownership. This is a landmark decision for taking action against gun violence. (2/3)

Listen to the full segment below.