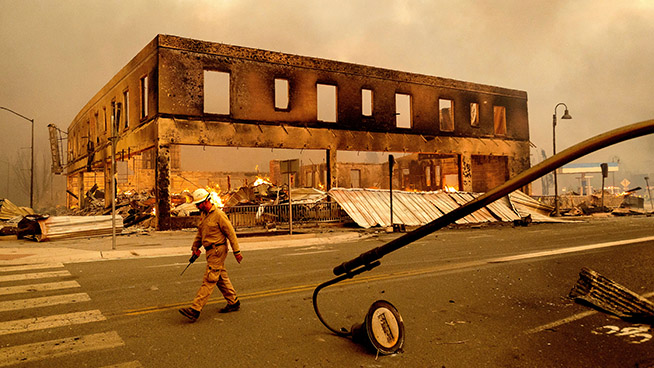 (CNN) – The Golden State’s largest active wildfire has wiped out much of the Greenville community in Northern California, sweeping through Wednesday at alarming speed and endangering anyone who did not heed evacuation orders, officials said.

Fierce winds pushed the Dixie Fire well east of its previous footprint, and flames quickly overtook businesses and homes in Greenville, a Plumas County community of about 1,000 people roughly 150 miles north of the state capital, Sacramento.

“Within two hours, our town was gone,” Clark, who left before the fire swept through, told KXTV on Wednesday. “We were sitting outside town about a mile away, and you could hear propane tanks just exploding.”

The climate crisis is making more destructive wildfires increasingly common. The Dixie Fire is one of 12 large active fires in California that have seared more than 475,000 acres so far, according to the National Interagency Fire Center.