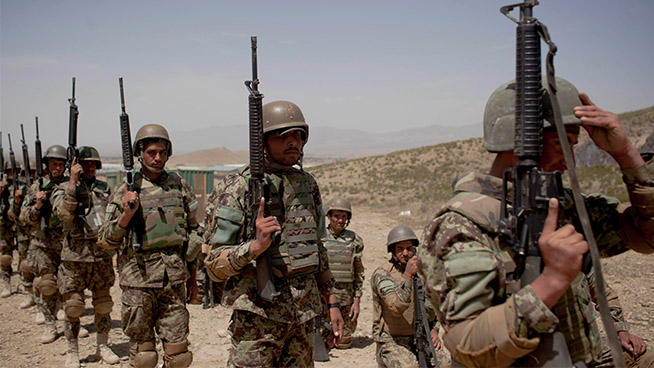 In this Tuesday, May 15, 2012 photo, Afghan National Army soldiers lines up for a training session at the 203 Thunder Corps base in Gardez, Paktia province, Afghanistan. (AP Photo/Anja Niedringhaus)

On Sunday, Taliban militants retook Afghanistan’s capital, almost two decades after they were driven from Kabul by US troops.

Although Afghan security forces were well funded and well equipped, they put up little resistance as Taliban militants seized much of the country following the withdrawal of US troops beginning in early July.

The Morning Show with Nikki Medoro asks, was the Taliban takeover of Afghanistan inevitable?

The Morning Show with Nikki Medoro welcomes ABC White House Correspondent Karen Travers to address the battle over who is responsible for the rapid takeover of Afghanistan by the Taliban. Was the rise of the Taliban inevitable with no one leader to blame?