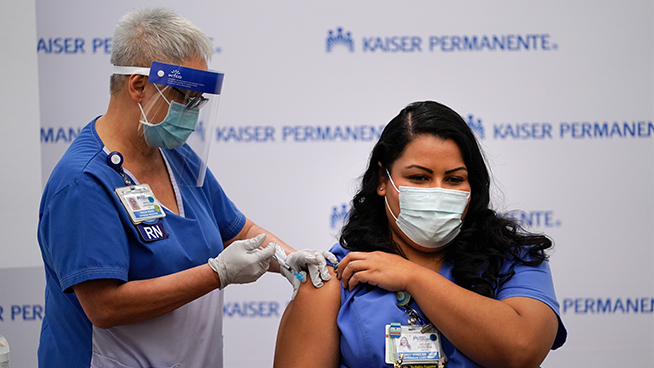 The White House will officially recommend a third ‘booster shot’ of COVID-19 vaccine, according to a report in the New York Times. Under the new policy, people who got the Pfizer or Moderna vaccines would need a third shot eight months after their second one. That means the first group of eligible Americans could get their shots as soon as next month.

The official announcement is expected sometime this week.

Do you think a third booster shot is needed so soon? Will it become an annual recommendation similar to flu shots?

ABC News Correspondent, Mark Remillard shares details with Chris Merrill as he fills in for Chip Franklin below.