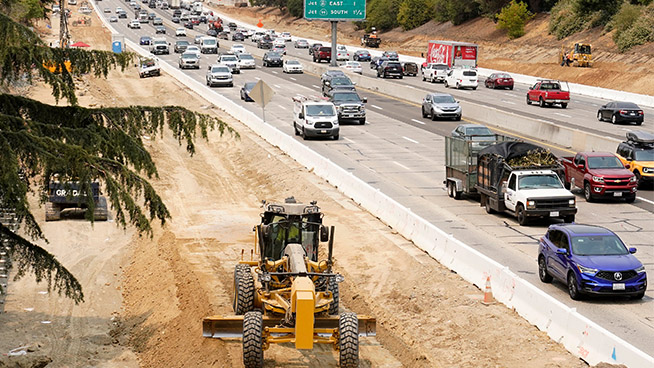 Traffic flows past construction work on eastbound Highway 50 in Sacramento, Calif., Thursday, Aug. 12, 2021. The work is part the California Department of Transportations comprehensive project that would improve Highway 50 with the construction of High Occupancy Vehicle lanes as well as replacing existing pavement. (AP Photo/Rich Pedroncelli)

Want to know what we could have done with all of the money we’ve wasted in the Middle East? Look at China.

David Cay Johnston tells Mark, “We bought ourselves a war we never could win and during the same 20 years China bought itself a very lucrative future by investing in infrastructure….[spending] $29 trillion into their infrastructure.”

Listen the the complete conversation between Mark Thompson and David Cay Johnston below.