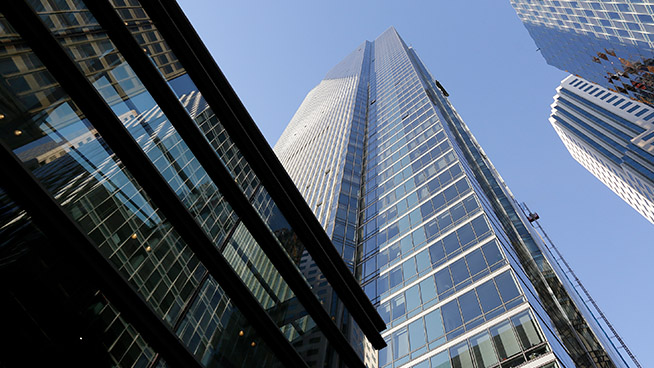 San Francisco Millennium Tower’s accelerated sinking halts $100 million effort to stop it as engineers scramble to figure out why the building sunk one inch in a few weeks since construction began.

Residents were informed the project was temporarily stopped out of “an abundance of caution” as the building began to sink more rapidly than expected. NBC Bay Area reports, drilling for the new piles began in May, and in June, engineers reportedly found accelerated sinking and tilting, which now amounts to a full inch of sink since the work began. That translates to an extra five inches of tilt at the top, for a total of 22 inches in the direction of Fremont and Mission streets.

“There has been no material harm to the building, and it remains fully safe,” says the Millennium Tower Association in a letter to residents about the temporary construction pause.

“It’s very risky playing around with something that’s as complex as this structure’s foundation and not understanding what’s happening.” Said David Williams, an Oakland-based structural engineering expert who specializes in deep foundations and bridges.

Williams called the latest sinking and tilting data “disturbing” and the temporary halt of the project a “no-brainer” explaining that if not stopped, the settling threatens to inflict “excessive damage” to the structure over time.

There is no date for the foundation-shoring project to resume.

Why did the city approve this? Would you live in this tower? Pat Thurston talks to listeners to get to the bottom of the dilemma.