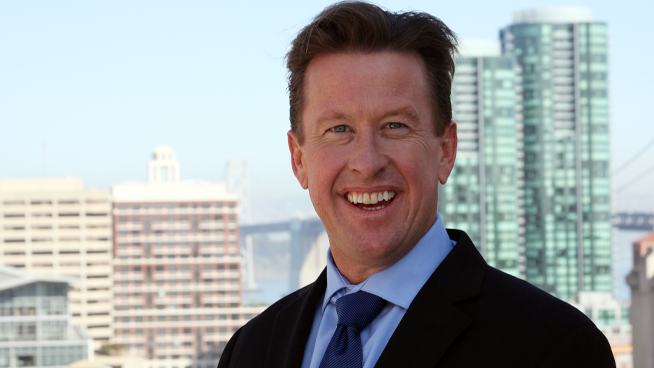 All it took was a tape recorder and a childhood friend with a talent of burping, and Bret Burkhart’s career in radio was set in stone at the ripe old age of 8.

That Radio Shack tape recorder introduced Bret to a world of audio while growing up in Saratoga.  He would collect unique sounds in the neighborhood and even record television cartoons so he could sneak the recorder under his pillow at night to listen when he was supposed to be asleep.

And then came the audio prize of Bret’s childhood.  A recording of a friend who could burp on demand.  Only this time, that friend got sick, and Bret ran around the house yelling, “I got it on tape!”

As a teenager, Bret spent years delivering the San Jose Mercury News, which would become another influence on a career path that took him to Chico State University. Bret worked at several radio stations while taking broadcasting and journalism classes.

The early experience at Newstalk 1060 KPAY in Chico helped him land at another newstalk powerhouse when he graduated, KFBK Radio, where he reported on everything from fires to floods to politics at the State Capitol.  But his ultimate goal was to return back home to the Bay Area. I999, the call came from KGO810, where he currently delivers the news during the Morning Show with Nikki Medoro and the Mark Thompson Program.

Bret has been an eyewitness to history for countless KGO listeners, from presidential conventions to the downfall of one of America’s first homegrown terrorists, the Unabomber. Along the way his sound-rich stories have gained national attention that garnered him one of the most prestigious accolades in broadcasting, the Edward R. Murrow Award.  He has since gone on to win ten more and was named the Associated Press “Reporter of the Year” eight times, including five consecutively.

Bret is never far from his humble beginnings with his still-growing sound library, one that he can now simply access with his smartphone.  But, safely tucked away in a box in the garage is that old Radio Shack tape recorder waiting for the moment a neighborhood kid has a unique talent to share.