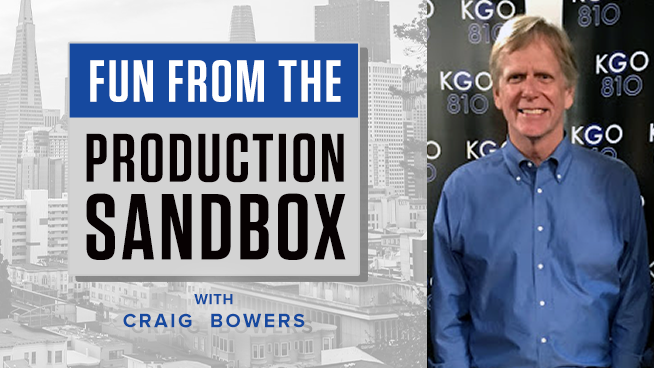 Born and raised in the Bay Area, Craig was looking for something to do with his life when he happened to wander into the campus radio station at San Jose State. At KSJS he was shocked to discover there were people who would pay you to talk and play records on the air! So he spent the 80’s and most of the 90’s getting hired and fired (the norm) as a DJ at Top 40, Country and Adult Contemporary radio stations all around the Bay Area. In 1997 with a mortgage, a wife & 2 young kids but no DJ job he somehow got hired to do Production (create commercials and promos) at the Bay Area’s #1 station, the mighty KGO 810. They actually paid him to work with greats like Dunbar & Wygant, Ronn Owens and the amazing Gene Burns and Craig thought he’d never leave. But the station went through some big changes in 2011. Mean people took over and sent Craig on his way along with most everyone else.

After a couple of years doing freelance voicework (lots of industrial videos!) from his home studio some nice people at KCBS hired Craig to make commercials over there. But at the end of 2018 those nice people left and scary robots were hired to replace Craig. Miraculously, at the same time, nice people took over again at KGO and asked Craig to help them fix the bad things the mean people had done to it. Now Craig spends every day writing, voicing and producing promos to (hopefully) make KGO more interesting and more fun to listen to. Sometimes that means focusing on the difficult and even painful times we’re all going through but more often it’s poking fun at our hosts, our callers, our politicians and especially at anyone who takes themselves too seriously. It’s a really, really, really cool job but don’t tell the boss Craig said that.