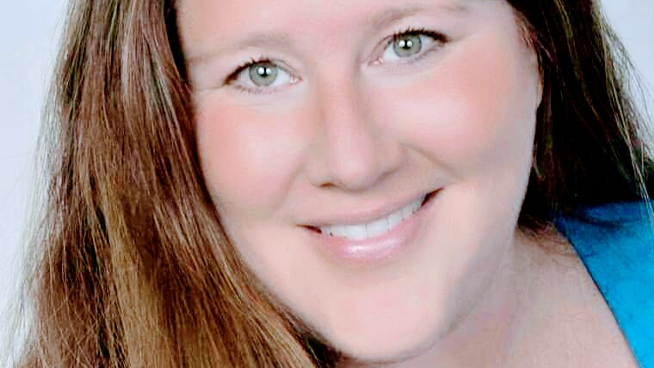 Kim McCallister has been on KGO in one form or another since 1999.  She started aboard the KGO Jetcopter doing traffic from above.  A year later, she was doing overnight news.  It wasn't long until KGO scooped her up and started sending her out to cover the stories of the day and finally made her the station's morning reporter.  She's covered stories from the attack on America on September 11th, 2001 to the tiger attack at the San Francisco Zoo. She won an AP News award for the Best Live Coverage of a news event when an Asiana Airlines plane crash landed at San Francisco Airport and a RTNDA award for storm coverage along the Petaluma River as waters rose to near flood stage.

These days, you can catch Kim doing news updates and occasionally, filling in for talk show hosts. Her favorite thing about KGO is the ability to have a Bay Area-wide conversation with people she considers neighbors and friends despite differing opinions.

Kim got her start in radio doing news on the Shawn & Jeff morning show on KWOD 106.5 in Sacramento, which led to a stint as a radio DJ on KWOD and then, 100.5 The Zone, also in Sacramento....but her true passion has always been news and she knew KGO, the station she grew up listening to on a transistor radio in her Grandpa's garden, was where she wanted to be.  Kim considers working at KGO her true dream job and loves interacting with listeners on the air and online.

She lives right smack next door to her mother in Petaluma with her husband, two children and a Golden Retriever named Charlotte.  She loves all things politics, playing Scrabble, sipping wine around a fire pit, pulling people into philosophical debates and volunteering at her children's school. Her favorite TV Show is Outlander and she's not ashamed to admit it.  If she was forced to live anywhere other than the Bay Area, you'd find her in Maui with a Mai Tai in one hand and a trashy romance novel in the other.