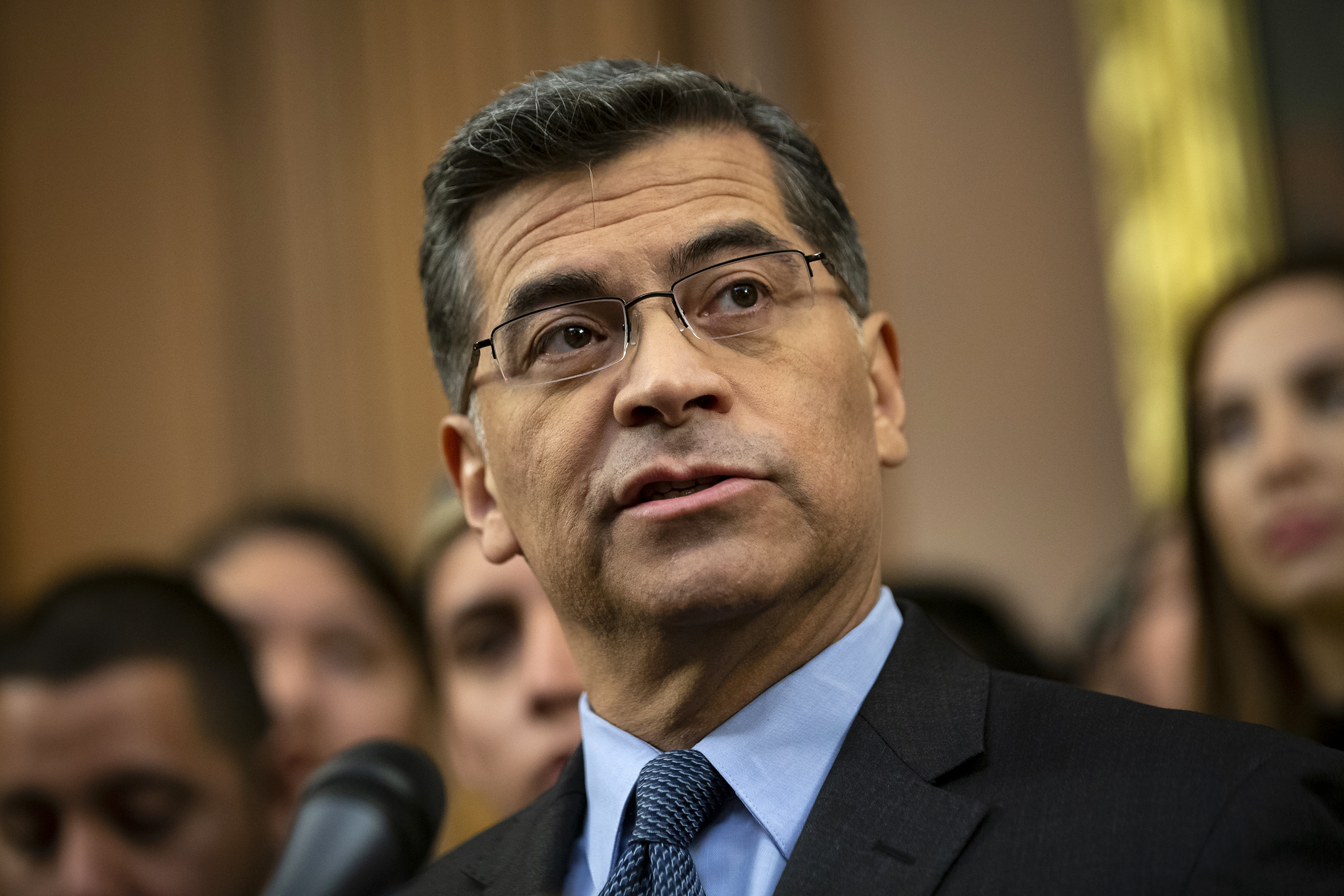 President Joe Biden’s choice for the nation’s top health official largely avoided hostile fire from Republicans while testifying before the Senate Health Committee Tuesday, though several GOP senators expressed concerns about his lack of direct health care experience as well as his support for abortion rights.

Xavier Becerra, who is California’s first Latino attorney general, was tapped by Biden to be his Health and Human Services secretary in early December.

Becerra, who would be the first Latino HHS secretary if confirmed, defended his health care experience in his current job and in his long tenure in the House of Representatives.

“I understand the enormous challenges before us and our solemn responsibility to faithfully steward this agency that touches almost every aspect of our lives. I’m humbled by the task. And I’m ready for it,” Becerra said. “The mission of HHS — to enhance the health and well being of all Americans — is core to who I am.”

He is also set to testify Wednesday before the Senate Finance Committee, which will vote on his nomination.

As secretary, Becerra would play a key role in combating the pandemic, which has now claimed more than 500,000 American lives, up from more than 283,000 when he nominated. The Biden administration has been operating without anyone in the post for more than a month.

Stressing that the nation’s coronavirus response must be guided by science and by experts, he said backed Biden’s Covid strategy and supported the President’s plan to broaden health care access by building on the Affordable Care Act. And in largely amicable exchanges, he promised lawmakers on both sides of the aisle to work with them on health care issues in their states.

Becerra, who referenced his upbringing as a son of a Mexican immigrant, also brought up his father’s recent passing and his mother’s access to health insurance when she fell ill.

Several Republicans on the committee focused on Becerra’s lack of experience in the health care field and his support for abortion and other liberal policies.

Burr also argued that Becerra undervalues the input of the private sector and has called for policies that would undo decades of investment in American biomedical research.

Among the most heated moments of the two-and-a-half-hour hearing was Utah Republican Sen. Mitt Romney’s questioning of Becerra’s vote against a ban on partial birth abortion. The nominee responded that “as attorney general, my job has been to follow the law and make sure others are following the law.”

“We may not always agree on where to go, but I think we can find some common ground on these issues,” Becerra said.

One of Becerra’s highest-profile health care roles recently has been chief defender of the Affordable Care Act in court.

He has also battled the health care industry to keep costs down for consumers. In 2018, he filed a lawsuit against Sutter Health, a system of 24 hospitals and more than 12,000 doctors in Northern California, for using anti-competitive practices to consolidate market power, resulting in higher health care prices. The attorney general secured a $575 million settlement that requires Sutter to change some of its practices.

In addition, Becerra has been outspoken on the fight for women’s health, the rights of undocumented immigrants and his support for Medicare for All.

Becerra has so far avoided the fate of Neera Tanden, Biden’s nominee for the Office of Management and Budget, who is facing public rejection from lawmakers in both parties. The White House said Tuesday it is standing behind her.

Republicans have been targeting Becerra since his selection was announced. Arkansas Sen. Tom Cotton on Monday launched a digital advertisement in Georgia and New Hampshire tying Becerra to California’s response to the pandemic — while pressuring any lawmakers up for election next cycle.

Cotton has been campaigning against Becerra for months, highlighting multiple issues with the nominee, from keeping California’s schools, churches and small businesses closed to his support for abortion rights.

“Xavier Becerra is a radical liberal with no real public health experience besides enforcing California’s disastrous lockdowns,” according to a statement released by Cotton’s office. “If confirmed, Xavier Becerra will put the health insurance we get at our jobs at risk. Any senator who votes for Xavier Becerra will face a reckoning from voters in the next election.”

This story has been updated with details from the hearing.