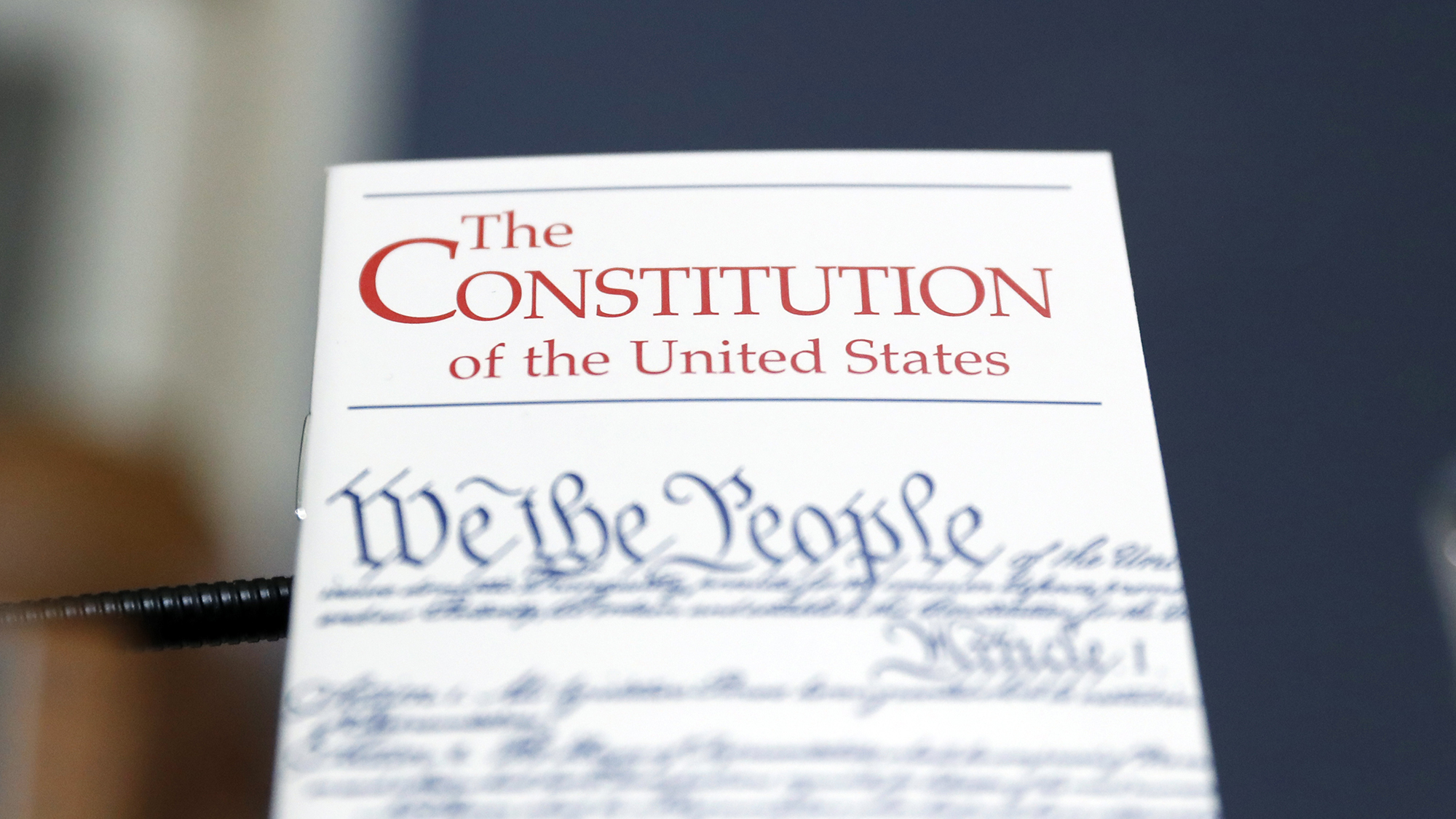 The overall impeachment process laid out in the Constitution is relatively simple: President commits “high Crime or Misdemeanor,” House votes to impeach, Senate conducts a trial.

Those overall contours are constant. But there’s no such thing as a routine impeachment.

The one President Donald Trump faces now, after inciting a riotous mob to attack the Capitol, is unprecedented in all sorts of ways, which means the process will feel entirely new and different from the one we saw in late 2019 around the Ukraine investigation.

Specifically, this House impeachment vote is likely to be done Wednesday, and the Senate trial is expected to occur after Trump leaves office.

Here’s another look at the impeachment process as it is spelled out in the Constitution and how it applies to this second impeachment of Trump, in which a US President is accused for the first time of inciting violence against another branch of government.

What does the Constitution say about who can be impeached and for what reasons?

The President, Vice President and all civil Officers of the United States, shall be removed from Office on Impeachment for, and Conviction of, Treason, Bribery, or other high Crimes and Misdemeanors. (Article 2, Section 4)

What is Trump accused of doing?

There was a lot of debate during Trump’s first impeachment and trial about whether the pressure he exerted on the President of Ukraine amounted to “high Crimes and Misdemeanors” or simply a set of policies.

This time, while there’s an argument he committed treason, Democrats in the House have alleged Trump “engaged in high Crimes and Misdemeanors by inciting violence against the Government of the United States.”

The Article argues that Trump incited his supporters by repeatedly denying the election results in the lead-up to the counting of the electoral votes, that he pressured Georgia’s secretary of state to “find” additional votes for him, and in doing so he “gravely endangered the security of the United States and its institutions of Government,” “threatened the integrity of the democratic system, interfered with the peaceful transition of power, and imperiled a coequal branch of Government.”

What does the Constitution say about the House’s role?

The House of Representatives shall chuse their Speaker and other Officers; and shall have the sole Power of Impeachment. (Article 1, Section 2)

Getting from Trump’s misdeed to impeachment proceedings in the House took 86 days in 2019.

The House can essentially impeach at will. While there are precedents in place around instigating the impeachment process and utilizing House committees to investigate whether impeachable offenses occurred, none of that is necessarily required. And Democrats, moving quickly, aren’t going to burden themselves by dragging this out.

And why bother with an investigation when this time Trump did it on TV? In that first effort, the details of Trump’s pressure on Ukraine leaked out over the course of weeks and built into Democratic support to launch and conduct an investigation and, ultimately, to impeach him.

With Trump’s time in office set to expire at noon on January 20, House Speaker Nancy Pelosi also gave Trump and Vice President Mike Pence the option of avoiding impeachment if either Trump resigned or Pence mobilized the Cabinet to use the 25th Amendment to remove him from office.

When those two offramps were ignored, Democrats in the House moved quickly toward impeachment and the first post-presidential impeachment trial in US history.

Impeaching Trump in the House requires only a simple majority and Democrats hope to gain at least some support from Republicans.

What does the Constitution say about the Senate’s role?

The Senate shall have the sole Power to try all Impeachments. When sitting for that Purpose, they shall be on Oath or Affirmation. When the President of the United States is tried, the Chief Justice shall preside: And no Person shall be convicted without the Concurrence of two thirds of the Members present. (Article 1, Section 3)

It took 48 days to get from Trump’s December 19, 2019 impeachment to his February 5, 2020 acquittal. That process was slowed by a break over the holidays. The trial actually began January 16.

This time it could be slowed by the fact that Trump won’t be in office any more by the time the trial starts and new President Joe Biden will be asking the Senate to vote on his Cabinet nominees and act on legislation to address the Covid pandemic as well as relief for Americans hurt by the troubled economy.

In 2020, Senate business ground to a complete halt during the trial. This time, incoming Senate Majority Leader Chuck Schumer is hoping to pursue a half-day schedule to conduct the trial part of the day and business the rest of the day.

The charges this time are much simpler to convey and understand, however. It should still take some number of days with Chief Justice John Roberts presiding and senators sitting in judgment. When both of the new Democratic senators from Georgia are seated, it will take 17 Republicans voting with Democrats to reach a two-thirds majority and convict Trump.

What does the Constitution say the penalty for Trump if he’s convicted?

Judgment in Cases of Impeachment shall not extend further than to removal from Office, and disqualification to hold and enjoy any Office of honor, Trust or Profit under the United States: but the Party convicted shall nevertheless be liable and subject to Indictment, Trial, Judgment and Punishment, according to Law. (Article 2, Section 3)

The most unconventional aspect of this second impeachment effort is that Trump will be a former President by the time it concludes. There is precedent for former officials facing impeachment both in US history and in England, from whence the Founders imported the idea of impeachment. Read here about what’s technically called a “late impeachment” from the scholars Frank Bowman and Brian Kalt.

The swift effort to impeach him certainly puts Trump in the position of wanting to keep Republican senators on his side. In that regard, it would keep him in check during the last week of his presidency.

Beyond the stain of being a President who a majority of Congress feels it’s worth impeaching for a second time, conviction could mean he can’t run for office again in 2024. Barring him from further office would require a second vote by senators, although it probably would not require two-thirds agreement. It could also cost him his more-than $200,000 per year pension if the Senate wants to take that way.

What else does the Constitution say about Presidents and impeachment?

…he shall have Power to grant Reprieves and Pardons for Offenses against the United States, except in Cases of Impeachment. (Article 2, Section 2)

Trump is widely thought to be considering the never-before-attempted self-pardon, to inoculate himself from future legal jeopardy related to his time in office and running for office. What’s not clear is whether a late impeachment would have any bearing on his power to pardon himself. As the impeachment scholars Kalt and Bowman point out, the text of the Constitution doesn’t mention pardons in terms of impeachment. It certainly seems like a successful impeachment would come up if and when a potential self pardon is challenged in court.