The Morning Show with Nikki Medoro

WEEKDAYS 6AM TO 10AM

Nikki Medoro leads the Morning Show  after several years of being both a reporter and anchor on KGO Radio.  She is a Bay Area native who was born and raised in San Jose. She got her start in radio news at KLIV before moving to Sacramento to work at KFBK.  When she was there, she saw California state politics up close, while also getting to take part in amazing experiences like flying with the Blue Angels.  In 2011, Nikki moved back to the Bay Area to work at KGO Radio.  She started working nights as a general assignment reporter and then quickly moved to anchor the evening news with Peter Finch.  Eventually, Nikki joined Bret Burkhart in anchoring the afternoon news, where they covered local issues, breaking news and were on the scene for such historic moments as the legalization of gay marriage. When Chip Franklin took over afternoons, Nikki joined him in delivering news updates and weighing in on the hot topics of the day. 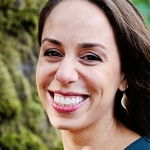 Good morning KGO family and THANK YOU so much for joining me on the new morning Show.  What a time to launch the new show, right? When The Morning Show started on March 2nd, the Coronavirus concerns in the U.S were starting to gain momentum and of course Super Tuesday was the next day.  I… 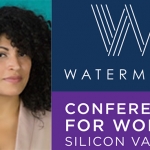 Demma Rodriguez has been at Google for eight years. Prior to working at Google, she worked at a startup, Tortus Creative. She was the lead solutions engineer at Tortus for five years before being recruited to Google NYC in 2011. From 2011 to 2014, Rodriguez worked in gTech at Google, leading Google Publishers clients through difficult… 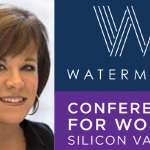 Ann Barlow is partner and president of Peppercomm West Coast and managing director of the agency’s creative and digital group. For more than twenty-five years, she has counseled B2B and B2C companies of all sizes, nonprofit organizations, and universities. Together with teams from Peppercomm’s offices and affiliates around the globe, she has advocated for clients’ positions… 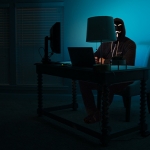 Nikki Medoro talked to Andrew Marantz of the New Yorker about the inner workings of the alt-right and their trolls and propagandists. Originally, I was just trying to see what the internet is doing to our brains, our society, and our politics. There’s only so far you can get with that with abstractions, arguments, and… 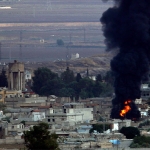 (Photo by Lefteris Pitarakis/AP Images) Nikki Medoro talks to former CIA operative Dan Gabriel about how he sees the future of Syria. There is very few things in DC in 2019 that will unite the city. I think this move by President Trump is one of them and maybe the Washington Nationals are the other.…